The Sling 4-4-40 Challenge was a HUGE SUCCESS! A Team of 40 Workers from The Airplane Factory Built a Sling 4, from Kit to Flight, in an Unprecedented 4 days. 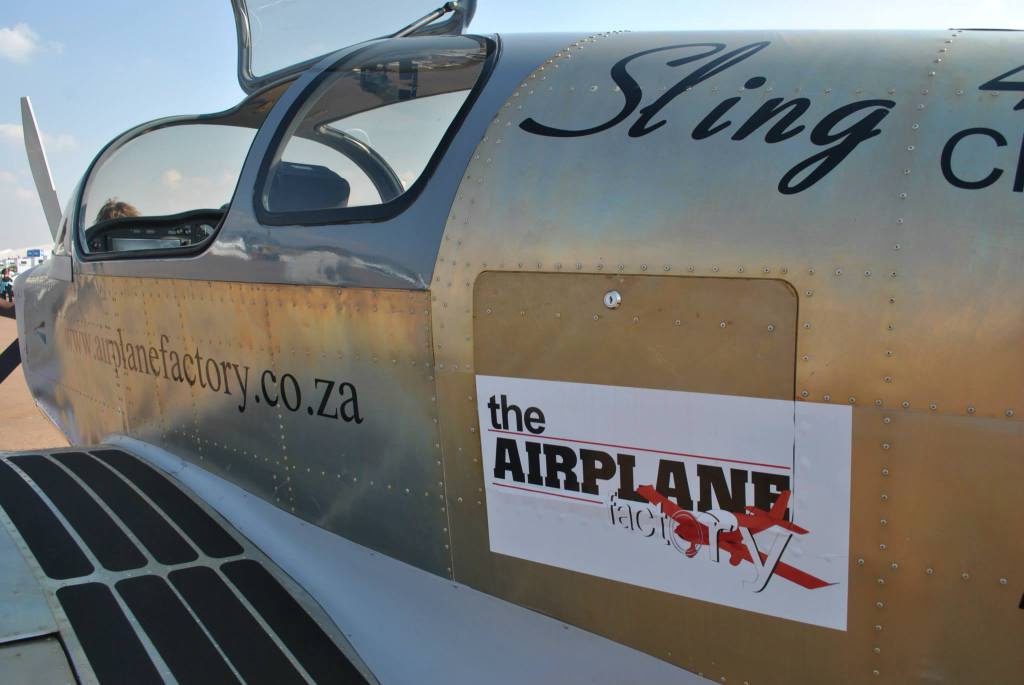 The Sling 4-4-40 challenge, in which a Sling 4 was built in 4 days by 40 workers, marked yet another milestone for the Sling’s manufacturer, The Airplane Factory (TAF). The build, which normally takes a kit builder 1,000 hours to complete, took place at the 2014 Africa Aerospace and Defense Expo at the Waterkloof Air Force Base in South Africa. The team consisted of highly skilled workers, and even some marketing, admin and catering staff. 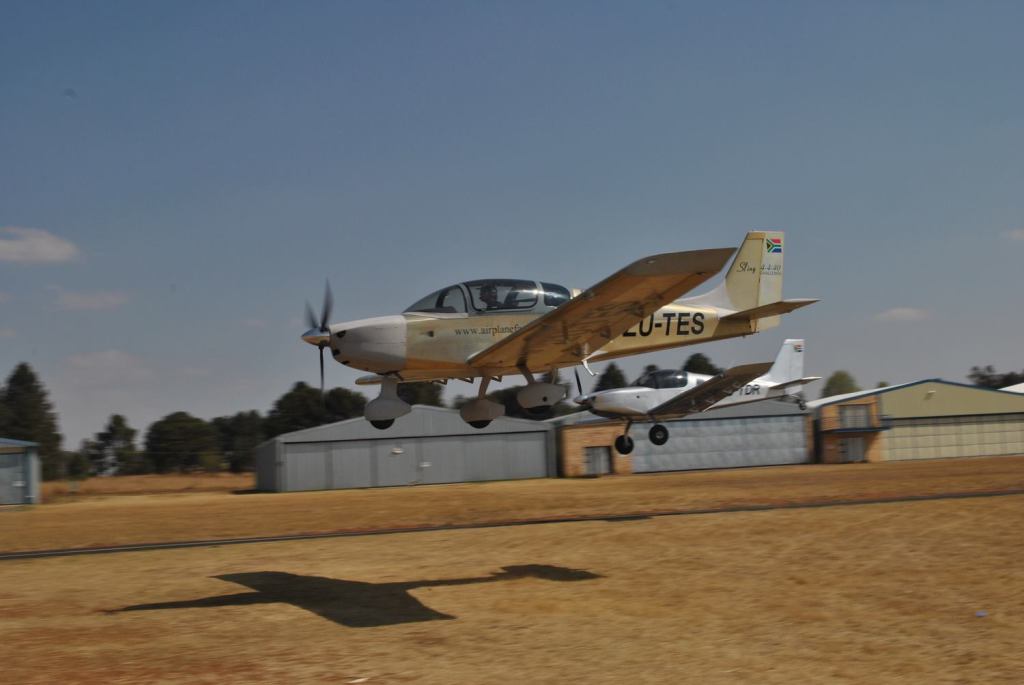 The team worked around the clock, with the day and night being split into 10 and 14 hour shifts, respectively. Great progress was made on day 1- the center and rear fuselage were constructed and joined, the gear and undercarriage were assembled, and the engine was wired and made ready for installation. The handover to the night shift went seamlessly, with a half hour handover period that saw 32 people working on the plane at once. The night crew then worked tirelessly to get the fuselage on its wheels, engine and propeller mounted, and wings three quarters of the way complete.

After a well-deserved rest, the day shift returned for day 2 of the build and didn’t miss a beat. Work was continued on wiring the engine and panel, the ballistic recovery parachute was installed, and the wings and empennage were just about completed. At this point, the team was ahead of schedule and Mike Blyth decided to take the night off and resume work in the morning.

Once the team arrived on Day 3, it was clear that things were really coming together. With 45 minutes to go on day 3, Sling 4-4-40 was rolled out of its build area, both wings were attached, landing and strobe lights were connected and working, and the avionics were fired up. As the plane was wheeled out for a celebratory team photo, James gave some words of encouragement and pointed out that it took him and Mike four years to build the first Sling. Now, the TAF family have done it in 4 days. Something surely to be proud of.

Day 4 of the Sling 4-4-40 challenge was full of excitement and fun. The team completed a dual inspection and filled in the final bits of paperwork. Support from the crowds was fantastic and from 8am until the end of the day there were hordes of people crowded around the plane. Fire extinguisher at hand, final checks done, Mike turned the key and the Sling burst to life! With cheers and applause from the crowds, Mike slowly increased the RPM to full power and the Rotax 914UL gave the crowd a taste of an aviation engine at full horses. A Sling 4 was born in 4 days!

After a good night’s rest, the Sling 4 took center stage at Africa’s Aerospace and Defense expo. James and ZU-TES, tail number assigned to the plane, took to the skies. The plane performed flawlessly and put on a great show for all those in attendance. The Sling was then flown back to The Airplane Factory’s home base and was received with warm cheers from the entire staff. 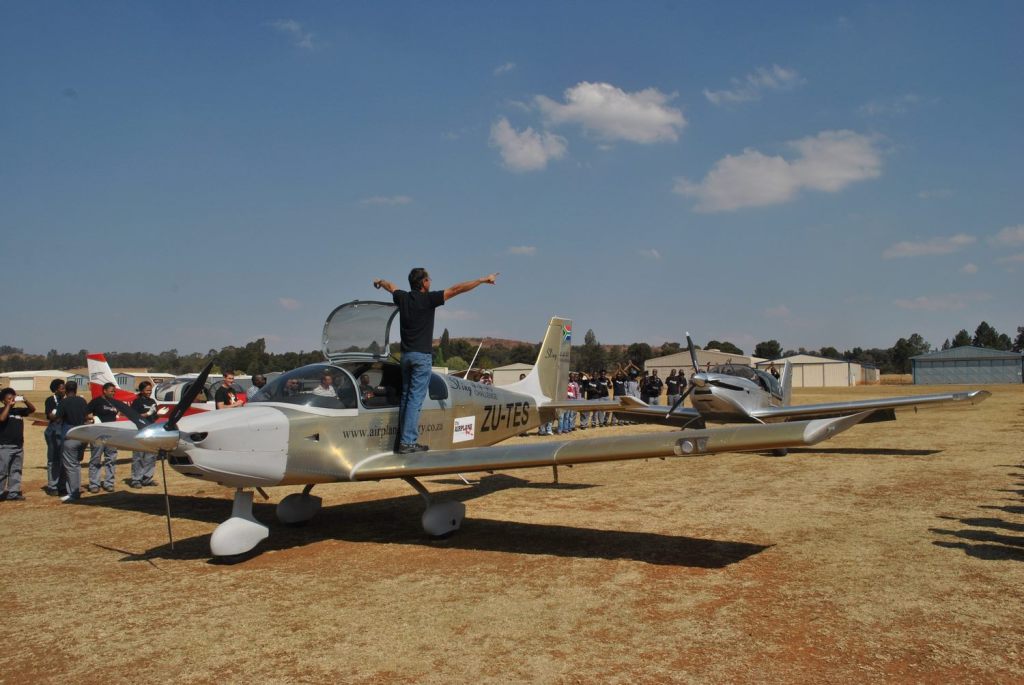 The build was led by company co-founder and Sling designer, Mike Blyth, co-founder James Pitman and factory Director Andrew Pitman. This was one of many accomplishments already achieved by The Airplane Factory. Mike and James flew the Sling 2 prototype around the world in 2009, as well as the Sling 4 in 2011. Also in 2011, the Sling 5577 Challenge took place, in which 5 men from the factory and 5 women who never had touched a rivet gun built a Sling 2 in 7 days.