The project is a joint venture between the Paramount Group and Aerosud and the aircraft features a twin-boom, high-wing, single-pusher-engine configuration, using a Pratt & Whitney Canada PT6A turboprop engine, with a crew of two seated in tandem.

An innovative and grounbreaking project now in the test phase with the completed manufacture of the first prototype or Experimental Demonstrator (XDM) which will prove flight characteristics and test the aircraft’s performance. The XDM has been fitted with various test equipment including temperature and strain gauges and accelerometers. A second prototype, the Advanced Demonstrator (ADM) is under construction and once completed will be used to test AHRLAC’s mission and weapons systems as well as its Martin Baker MK 17 Ejection seat.

Paramount Group Executive Chairperson Ivor Ichikowitz comments, “This project is an excellent reflection of the capabilities of the South African engineering fraternity. The incredible progress made by local engineers has put them at the forefront of global aerospace innovation and their joint expertise has turned them into pathfinders, who are proudly setting new milestones, through continuous innovation.” 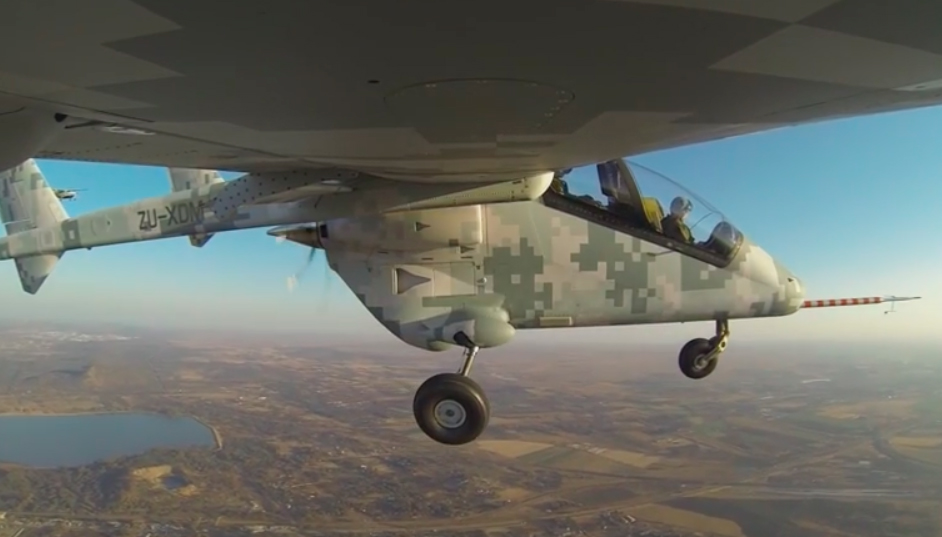 Since the launch of the project in September 2011 the team has completed detailed designs and manufactured the first prototype, involving 315 000 labour hours. One of the most innovative aspects of the construction phase is that 98% of all 6 000 parts of the aircraft was designed and produced locally by the engineering team. All parts were designed by utilising the highly sophisticated Catia software which is also used by Airbus and Boeing.

Paul Potgieter, AHRLAC Programme Leader explains, “The fact that ever single part of the aircraft was pre-designed on a computer allowed it to have a jigless construction. This allows every part to fit together much like a Mecano set and also saves vast amounts in cost and time.”

Filmed and produce by ShortFinalTV