Amphibious aircraft is basically non-existent in Southern African skies, not that there is plenty of aircraft to chose from, but because of some silly laws implemented by various government agencies in our country.

We decided to have a look at Amphibian Aircraft available on the market, over the the next few weeks we will feature our favorite and not so favorite choices.

This week we are having a look at the “Akoya”

LISA Airplanes just released the AKOYA Light amphibious ski plane. This airplane has been designed to be able to land not just on land and water, but also snow, thus offer you unthinkable transportation possibilities. 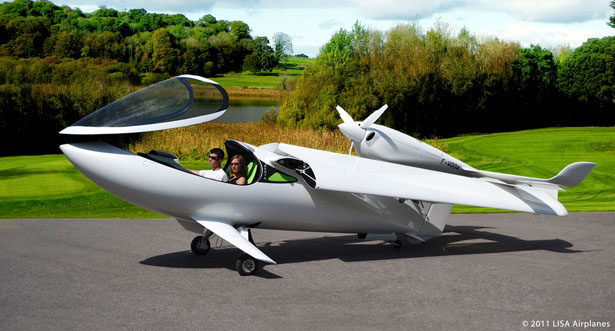 This young and ambitious French company introduces a two-seater airplane that features patented Multi-Access technology and pivoting wings for easy transport and storage.
A Featuring patented Multi-Access technology, the AKOYA can take off and land as easily on water or snow as on the ground. In addition, pivoting wings enable it to be stored or transported with ease. This technical feat is made possible by the development of Seafoils, a unique innovation in the world of aviation.
Located under the fuselage, these hydrofoils are connected to a retractable landing gear equipped with skis and pivoting wings. This abundance of new features enables the AKOYA to reach unprecedented seaplane performance levels. 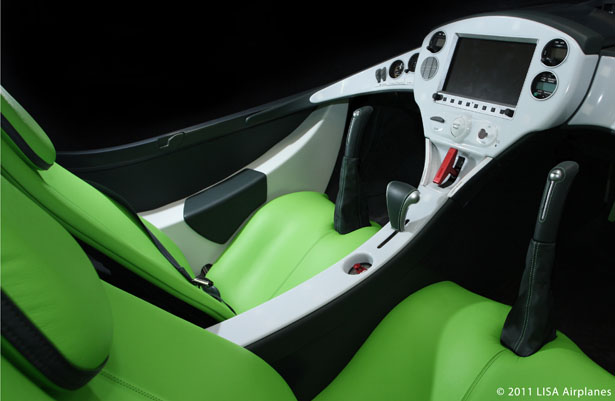 With just 70 liters (18,5 US Gallons) of unleaded gasoline, the AKOYA can fly over 1100 km (680 miles) at a speed above 210 km/h (130 mph). In other words, taking off from the Washington suburbs and landing in a lagoon in the Gulf of Mexico, going from Madagascar to the Seychelles or taking off from a snow-covered surface in the Swiss Alps, making a stop at a cove in Sardinia and continuing on to Tunis are just some examples among many of the choices offered by the AKOYA.
Entirely designed in composite materials and powered by a 100 hp Rotax engine, the AKOYA Light Amphibious Ski Plane can take off and land over less than 200 m (650 ft). Private land, airfield, airport, lake, river, sea or snow-covered runway. 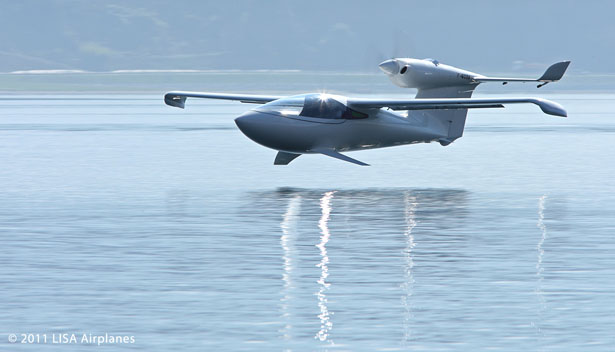 AKOYA Light Amphibious Ski Plane is a completely equipped, high-end airplane. Numerous safety devices have been included to assist the pilot in all phases of flight, leaving only the pleasure of piloting and travel. To guarantee absolute passenger tranquility, the AKOYA has a full parachute that will bring the plane and its passengers to ground in total safety in case of a major problem. To ensure that the concept of recreational aviation takes on its full meaning, LISA Airplanes includes tailored services in the €300,000 (excluding tax) sales price. These services include pilot training for the three types of landing, personalization of the aircraft, three years of maintenance and full-time customer assistance.