A new chapter has opened in Airbus’ 43 year history as the first A350 XWB, the world’s most efficient large twin-engined commercial aircraft, powered aloft this morning for its maiden flight at Blagnac in Toulouse, France at 10.00 hours local time. An international crew of six is on board, comprising two Flight Test Pilots, one Test Flight Engineer and three Flight Test Engineers. At the controls of the A350 XWB’s first flight are Peter Chandler, Airbus’ Chief Test Pilot, and Guy Magrin, Project Pilot for the A350 XWB. 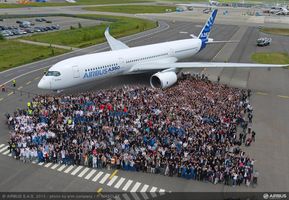 First A350 XWB’s engines powered up

Rolls-Royce’s Trent XWB engines have run for the first time on the A350 XWB (MSN1) following the start-up of the Auxiliary Power Unit (APU) on 2nd June 2013, as part of the preparations for the aircraft’s maiden flight that can be followed live on 14 June 2013 here.

When the first A350 XWB to fly – known as MSN1 – makes its maiden flight, an international crew of six will be on board, comprising two Flight Test Pilots, one Test Flight Engineer and three Flight Test Engineers 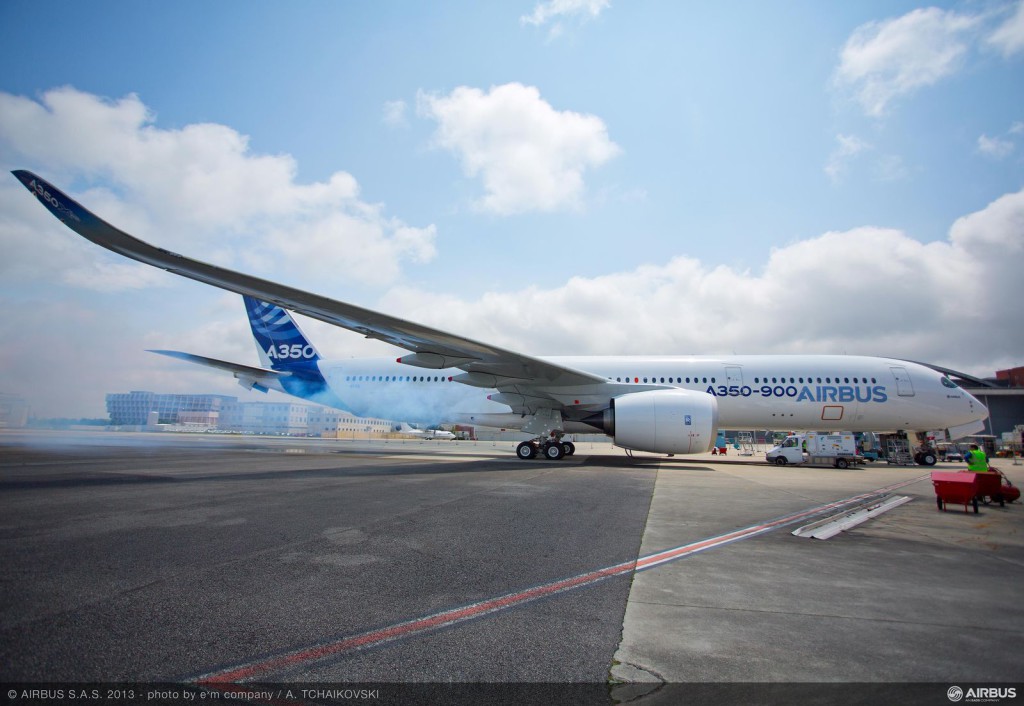 The Rolls-Royce Trent XWB engines for Airbus’ A350 XWB – which completed their first run on the next-generation jetliner 2 June 2013 – will help cut fuel burn by 25 per cent compared to previous-generation competing aircraft.