Given the fact that the first Catalina flew in South Africa in 1943/4 during World War Two (WWII), a historical and exciting (but also sad) event unfolded at Rand Airport, South Africa December 2012.
Most likely the very last PBY Catalina, ever to be seen in South Africa, started its post restoration test flying before leaving for the USA, to be delivered to its new owner, Mr. Jim Slatttery in San Diego CA. 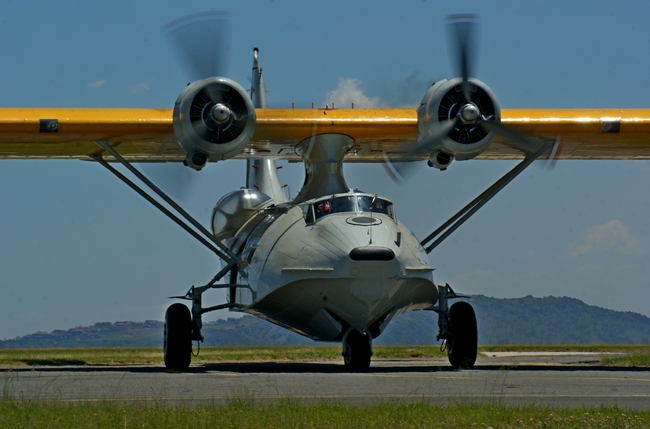 The Consolidated PBY Catalina was designed and first flew in March 1935 as a long-range Naval Reconnaissance aircraft. It proved itself to be very successful in this role as well as many other roles, such as in Air Sea Rescue, Submarine hunting and numerous other rolls. After World War Two, it amongst others became active in Forest Fire Fighting, flying as water bombers, a roll which N427CV fulfilled until its final retirement in 1993.
Numerous PBY’s were seen in South Africa over the years as surveying aircraft, flying around with huge antennae, looking for minerals for the big mining companies.

The long, thin wing (high aspect ratio) results in a relatively slow cruising speed, 85 – 105 knots (depending on the weight and power setting) but very efficient recognizance aircraft. With a fuel capacity of over 6,000 liters the endurance of the PBY is nearly 20 hours at lower power settings.

Various models of the Catalina were build, the most common of which was the PBY-5A, which was the amphibian version of which N427CV is one. The South African Airforce operated some PBY-5’s (not amphibian) from amongst others, the Durban harbor, during WWII. They were hauled onto the shore on purpose build dollies for maintenance. 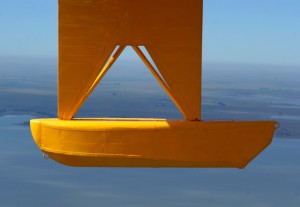 More than 7,500 PBY’s were built in the USA and Canada during WWII.

Shortly hereafter it was sold to the Quebec Department of Transportation and Communications where it flew as C-FPQO until 1992, when the aircraft was sold to Pro Air Aviation of Bonsecours, PQ.  It was during the period with the Quebec Government that it served as a water bomber, fighting forest fires. On 6 August 1999 it was sold to Antares Air Services of Oshawa, Ontario, a registration which was cancelled in 2001.

Mr, Manual Roque, an Angolan gentleman purchased the aircraft and had it ferried to South Africa under the registration of 3D-PBY, a Swaziland registration. It was used for a commercial at Vilanculos in the early 2000’s where-after it was flown to Rand Airport, Germiston in South Africa.

It became derelict and after 6 years was purchased by Mr. Steve Hamilton and John Seibold, two aircraft collectors from the United States of America and they then commissioned Springbok Aviation Services to completely restore the aircraft. Restored from the airframe up. Extensive reconstruction of the center wing section followed after corrosion was discovered in the upper areas of the fuel tanks.

The aircraft was ready to fly by mid 2011, but changed ownership in the USA the end of 2011 and is now owned by Mr. Jim Slattery, another keen aviation collector of San Diego, California.

A requirement by the new owner to operate the aircraft in the public category in the USA, dictated additional modifications to the aircraft. A new rudder, ensuring better directional control, strengthened floor attachments for the passenger seats, additional emergency exit and watertight bulkhead doors had to be fitted.

Springbok Aviation Services, one of Capt Flippie Vermeulen’s family businesses at Rand Airport, executed and managed the bulk of the restoration process. Some specialized work was contracted out to local specialists at Rand Airport, such as Aircraft Re-builders of Mr. Ken Jones. 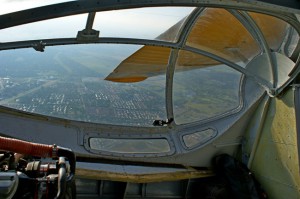 The Catalina departed for it’s new home in San Diego in mid-December 2012, the crew – pilots Bob Franicola and Mike Castillo and chief mechanic Matt Voigt made the epic journey. The trio flew from South Africa to Namibia to Angola to Cameroon to Liberia to Brazil to French Guiana to Trinidad to Panama to Costa Rica to Mexico. The first 14 legs of the trip ranged from five hours to 13 hours apiece.
The final two legs, from Tijuana to Brown Field and then on to Gillespie Field, were significantly shorter.