This Dornier, registration number C-GTBN was recovered from Curasao island in the Caribbean. The aircraft stood there for two and a half years. It was badly corroded, and it took them a week to prepare the aircraft to fly it back to South Africa. The recovery was done by Paul Oelofsen (co-owner of Aerotech Maintenance) and Dale Panchyshyn (co-owner of C-GTBN). The owners also bought ZS-DOC (s/n 8104) to act as a donor for C-GTBN (s/n 8100). 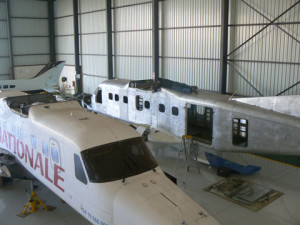 From there on it has been hard work and dedication from Aerotechs’ engineers to deliver top quality workmanship to transform C-GTBN into what it is today. 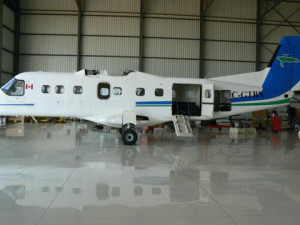 The entire fuselage has been thoroughly inspected according to the Dornier 228 Maintenance Manual. Corrosion was found and treated accordingly. The original wing (8100) has been replaced with the donor wing (8104). The landing gear was stripped completely and overhauled. The entire aircraft has been repainted by Adventure Air. 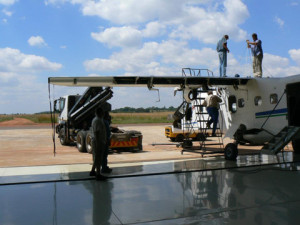 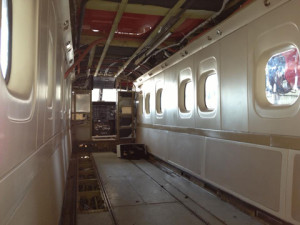 The engines was sent to ExecuJet to be repaired, and the propellers was sent to Propeller Centre to be overhauled. New sound proofing was installed and tested. Furthermore, new interior has been designed and fitted. 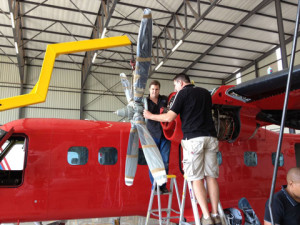 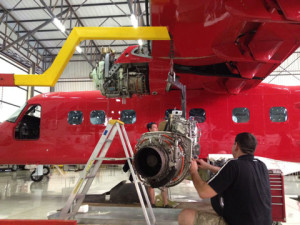 With 30 years of combined experience in the aviation industry, top quality services and workmanship are guaranteed by Aerotech Maintenance.